The City of Wetumpka will celebrate Arbor Day and its 29th year as an official “Tree City” with a tree-planting ceremony in Gold Star Park to commemorate four community members who died last year.

Along with the memorial tree planting, the annual event, scheduled for Tuesday, March 8 at 2 p.m., will include an award presentation in honor of the city’s accomplishments of participating in all but about 10 years of the Arbor Day Foundation’s Tree City USA program, which began in 1976.

There will also be a free tree seedling giveaway, and according to a city press release, the public is encouraged to attend the event sponsored by Wetumpka Pride and the Wetumpka Tree City Committee. 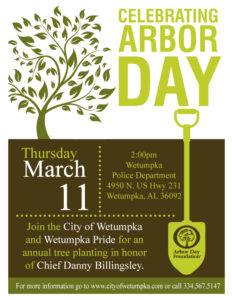 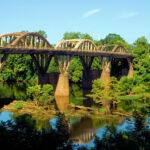 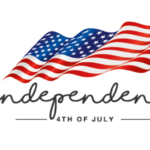 Christmas on the Coosa Pageant